22h51 : “Russian authorities have adopted a simplified procedure for granting Russian citizenship to children who are not in parental care, and we are concerned that these children are eligible for adoption by Russian families.”

This senior UN official is concerned about the fate of children displaced by Russia, but also about the existence of filtration camps where Ukrainians have been sent to Russia. “Do not respect the principles of necessity and proportionality outside any legal framework” A detention.

22h50 : It has been known for a long time that part of the inhabitants of the regions of Ukraine occupied by the Russians migrated to the occupied territories or to Russia. A senior United Nations official believes there is tonight “Credible Allegations of Forcible Transfer of Unaccompanied Children” For these areas.

22h35 : good evening . These are not the statistics of Ukraine, but the statistics of the coordination center created within the framework of the agreement between Russia, Ukraine, Turkey and the UN. AFP does not report the full number it has received, but it specifically cites China, which has received 7 ships, and Turkey, where 20 of them have completed their voyages, and that does not count Europe. Ukrainian diplomacy, for its part, cited Iran and India as recipient countries. The first ship to depart since the deal has arrived in Lebanon. In short, Asia seems to receive the remaining deliveries.

22h21 : Of the 100 ships that have left Ukraine since early August, 36 went to Europe versus 17 to Africa, according to the Joint Coordination Center that controls these ships in Istanbul. The Center considers that “30% of cargo went to low-income or lower-middle-income countries”, above the 3% proposed by Vladimir Putin. And destination countries don’t tell everything: a fraction of the 2.3 million tons exported can be resold to other countries.

22h18 : Since Vladimir Putin resumed grain supplies to Europe, it has been accused of allocating at a disadvantage to developing countries, a charge Ukraine denies. “Two-thirds of shipments are to Asia, Africa and the Middle East”Ukrainian Foreign Minister Dmytro Kuleba assures.

22h06 : If the Russian army never succeeded in capturing Kharkiv, it occupied part of the surrounding region from the beginning of its invasion. As noted by observers in recent days, this Ukrainian advance is a semi-surprise, as it is the Kherson region in the south of the country that has been subject to the most significant counteroffensive by troops from Kiev. .

21h58 : “We have good news from the Kharkiv region this week“, says the Ukrainian president in his traditional evening video message on social networks. He inspires “Places where the Ukrainian flag returned”. But he did not name them, and his claims were not corroborated by independent sources.

21h55 : Volodymyr Zelensky says Ukraine has retaken from Russia near Kharkiv in the country’s northeast.

18h55 : Ukrainian Prime Minister Denis Shmikel proposes to create an international mission. “Helps withdraw the Russian army” There is a 30 km radius around the Zaporizhia Nuclear Power Plant. He imagines that she can see the light of day “With the participation of the European Union, the UN and other organizations”. Deputy Prime Minister Irina VereshchukIt calls for a humanitarian corridor to evacuate civilians living near the site.

18h04 : Valery Zalushny, the chief of staff of the Ukrainian army, admitted today that he launched missile strikes targeting Russian bases in annexed Crimea in August, particularly the Sagi airfield. Kyiv has not officially claimed responsibility for the attack until then, nor for another attack a few days later that hit an ammunition depot in northern Crimea.

17h32 : Vladimir Putin’s United Russia party is proposing to hold referendums on November 4 in Russian-controlled areas of Ukraine on annexation with Russia. November 4 is National Unity Day in Russia, which commemorates the popular uprising that drove Polish occupying forces from Moscow in the 17th century.

15h14 : The Zaporizhia nuclear power plant is still under Russian control and is regularly monitored by Ukrainian authorities. A mobile lab roams the streets day and night to check radiation levels. A report by our journalist Benjamin Illy.

14h10 : “Do you think a leader like Vladimir Putin would say that if Europe’s sanctions on Russia hurt Russia more? He called on the West to stop the sanctions because they wouldn’t work. They would weigh more on Europe than encourage Russia to consider them effective.”

During his weekly press conference, Olivier Véran responded to Vladimir Putin, who considers sanctions against his country ineffective.

13h17 : Ursula von der Leyen, president of the European Commission, proposed this afternoon that the EU should provide five billion euros in financial aid to deal with the consequences of the war in Ukraine. This is the second tranche of the maximum nine billion package for 2022 proposed on May 18.

12h18 : Yesterday, the IAEA released its long-awaited report on the Zaporizhia nuclear power plant. France info This article summarizes what to keep in mind. 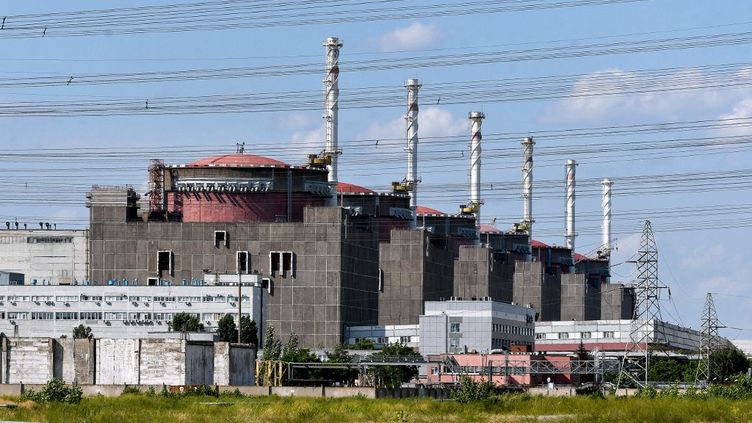 12h10 : It’s a little after noon, and here’s an update on the top news headlines:

Thirteen departments from Ain to Bouches-du-Rhône are under orange warning for thunderstorms.. It rained heavily last night at Nîmes in Cort. Follow our life.

The Executive Committee presents it to the Cabinet this morning Unemployment Insurance Reform. “When things are going well, the rules should be more encouraging”Defends the Labor Minister.

• Russia asks “Clarifications” to the IAEA after publication Its report on the situation at the Zaporizhia nuclear power plant. “LThere are many question marks in the report.”According to the head of Russian diplomacy. Follow our life.

11:38 : Vladimir Putin has warned that Russia will no longer supply oil or gas to countries that control the price of hydrocarbons sold by Moscow. The warning comes as Westerners have engaged in such activity.

11h09 : Fighting continues at Zaporizhia nuclear power plant despite Russia running out of weapons. According to US intelligence, Moscow is trying to rearm itself by turning to North Korea.▶️ #JT20H https://t.co/2cyy6FxE1v

11h09 : Fighting continues in eastern Ukraine, but Russia is running out of weapons. In search of military equipment, Moscow will turn to North Korea, Iran or Syria, according to reports.

10h40 : Head of Ukrainian nuclear operator says he supports sending UN blue helmets to its nuclear power plant in Zaporizhia, says the head of public operator Energoatom. “Deployment of Peacekeeping Force and Evacuation of the Russian Army on the Ways to Create a Safe Zone at the Zaporizhia Nuclear Power Plant”Pedro Godin said the day after the IAEA report was released.

09h59 : “I will consult the Turkish president”Who sponsored it? Agreement to stop the export of Ukrainian and Russian grain in Istanbul, added Vladimir Putin. The deal, signed in July, has allowed Ukrainian grain exports to resume, but Russia has been complaining for weeks about restrictions on its own food exports due to Western sanctions.

09h56 : Vladimir Putin, Ukrainian grain exports go mainly to European countries and “Not for developing countries and poor countries“. This will be dangerous “Humanitarian Disaster”Promotes the Russian president.

09h28 : Threat of new strikes Zaporijjia nuclear power plant raises fears of danger “Radioactive Releases”franceinfo Karine Herviou points out, member of the Institute for Radiation Protection and Nuclear Safety. “The plant has a certain strength, but it is not designed to cope with this kind of blast“, she adds.

09h13 : Vladimir Putin also appreciated “Increasing Stock” He portrayed the Asia-Pacific region in world affairs as declining in contrast to the West.

09h11 : He is one “Impossible” For western countries“Isolate” Russia, says Vladimir Putin. During an economic forum in Vladivostok, the Russian president announced economic sanctions against his country. “Menace to the World”.

Eleven departments from Ain to Herald are still on orange warning for storms. It rained heavily last night at Nîmes in Cort. Follow our life.

The Executive Committee presents it to the Cabinet this morning Unemployment Insurance Reform. “When things are going well, the rules should be more encouraging”, said the Labor Minister.

• Russia asks “Clarifications” to the IAEA after publication Its report on the situation at the Zaporizhia nuclear power plant. “LThere are many question marks in the report.”According to the head of Russian diplomacy, Sergey Lavrov.

• The door to the US Open semifinals is open for Caroline Garcia. The French clearly dominated the night over American Coco Gaff (6-3, 6-4). He will try to reach the final tomorrow against Tunisia’s Anse Jabour.

08h08 : Russia asks “Clarifications” to the IAEA after publication Its report on the situation at the Zaporizhia nuclear power plant. “LThere are many question marks in the report.”The head of Russian diplomacy, Sergei Lavrov, said.